How to Remove Cast Iron Cookware Rust in 5 Easy Steps 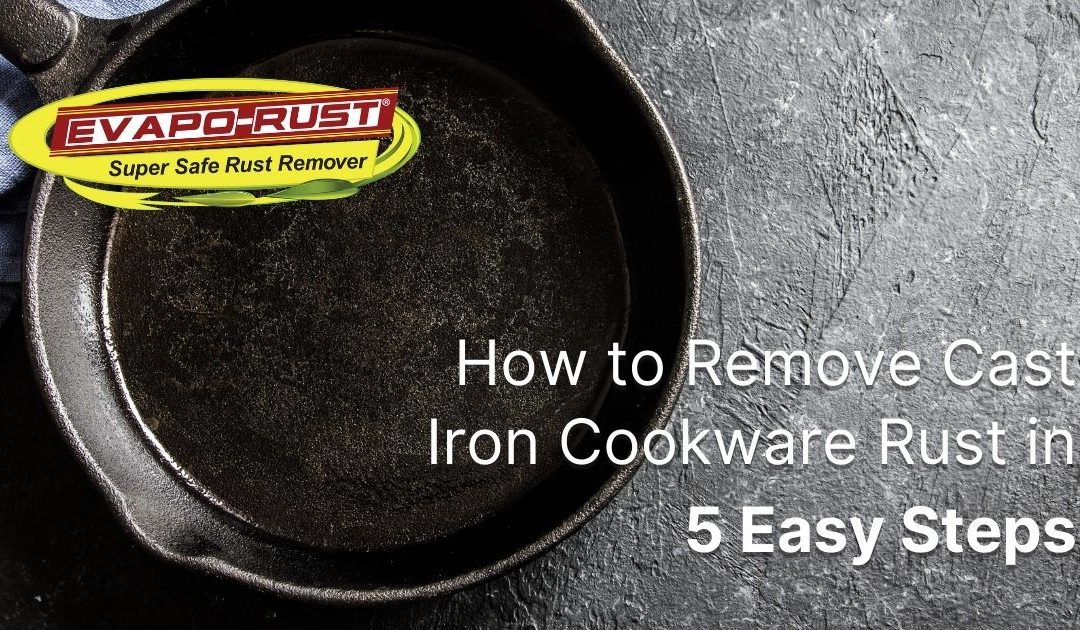 Whether you purchased new cookware or were fortunate enough to receive heirlooms with multiple years of cooked-on grease, Evapo-Rust® Super Safe Rust Remover will help you remove cast iron cookware rust from your pots, pans, and skillets.

Cast iron cookware needs to be cherished, so rust is the enemy. Use Evapo-Rust® on your cooking supplies without worrying about harmful chemicals getting in your food because it is non-toxic, safe on skin, and leaves no residue. We are always proud when our customers tell us they love Evapo-Rust® because it removes the rust easily. With Evapo-Rust®, you never have to let a rusty skillet get in the way of cooking a great meal!

When seasoned properly, cast iron will last for many lifetimes. Enjoy!

Find Evapo-Rust® online or at your favorite local retailer.